The Federal Reserve is widely expected to raise its target interest rate by 75 basis points (Wednesday, September 21). The question is whether the bond market has priced in the change. It’s a tough call until there’s greater clarity on where to go.

There are hints that inflation has peaked, but the evidence is still thin. Even thinner is the support for expecting high inflation to subside quickly and substantially in the immediate future.

Meanwhile, the benchmark rose slightly yesterday (September 19) to 3.49%, matching the previous high set in June. At the moment, it can be said that the market is on the fence, weighing two competing prospects. If the crowd feels that the Fed’s policy tightening is still not enough to bring inflation under control, we will see the 10-year yield rise decisively. Investors are also wondering: will tomorrow’s expected rate hike fully convince the market that the central bank is committed to curbing the recent surge in inflation?

If the Fed raises rates by 75 basis points, that will bring the target rate to a range of 3.0 to 3.25%. A The market-based estimate of where the terminal rate will be in the near future currently projects a target of around 4.25% at some point in early 2023. In turn, this implies that it There’s another 75 basis point hike in the cards beyond tomorrow’s raise. 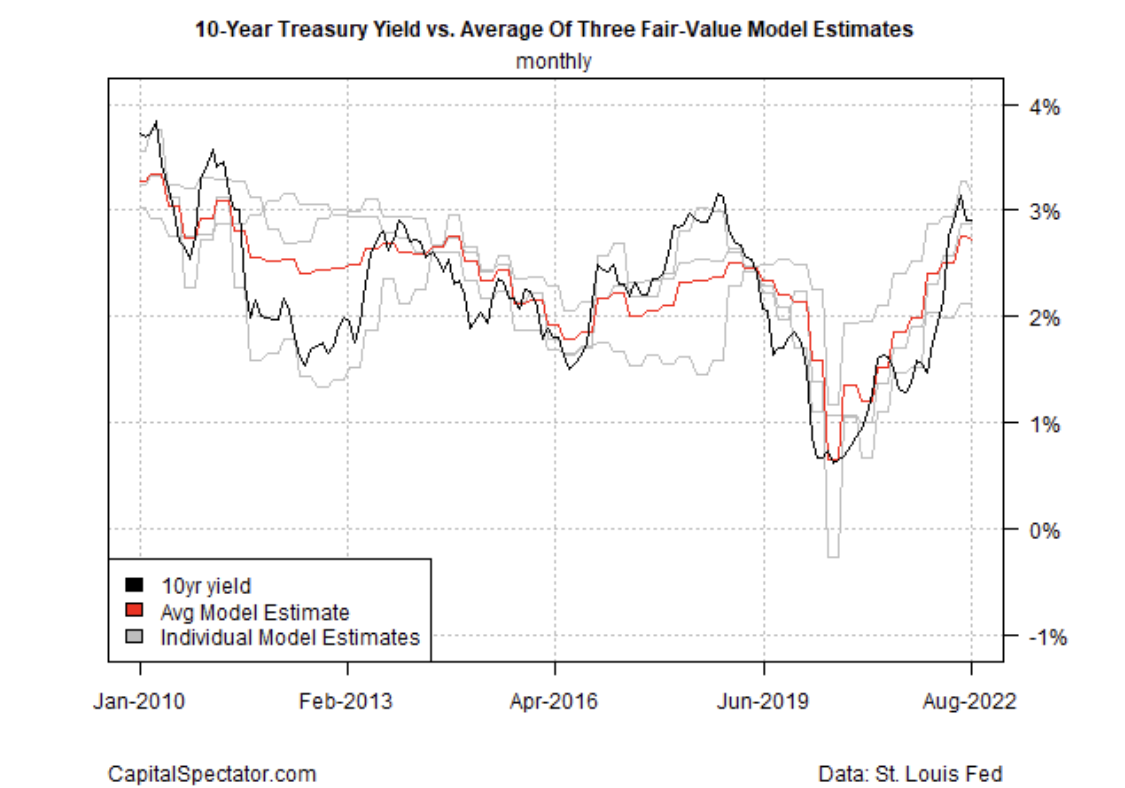 In the short term, changes in the 10-year rate are mostly noise, so our model is of limited use in deciding what happens in the days and weeks ahead. In the longer term, a key question is how model inputs (economic growth, inflation and other factors) change the estimate of fair value.

Keep in mind that economic growth is slowing and the risk of recession is increasing – trends that imply a decline in the 10-year yield. To be honest, the outlook for the fourth quarter is unusually murky, so it’s hard to understand how inflationary pressures are interacting with softer estimates of economic activity. We are, it seems, at a point of maximum uncertainty in modeling such factors.

Conclusion: Our estimate of fair value suggests that the upward bias for the 10-year rate has moderated lately. That doesn’t mean the 10-year rate can’t rise further from current levels. But in the absence of clear signs that inflation will remain high, there is reason to believe that we are approaching a cyclical peak for the 10-year rate before the end of the year.