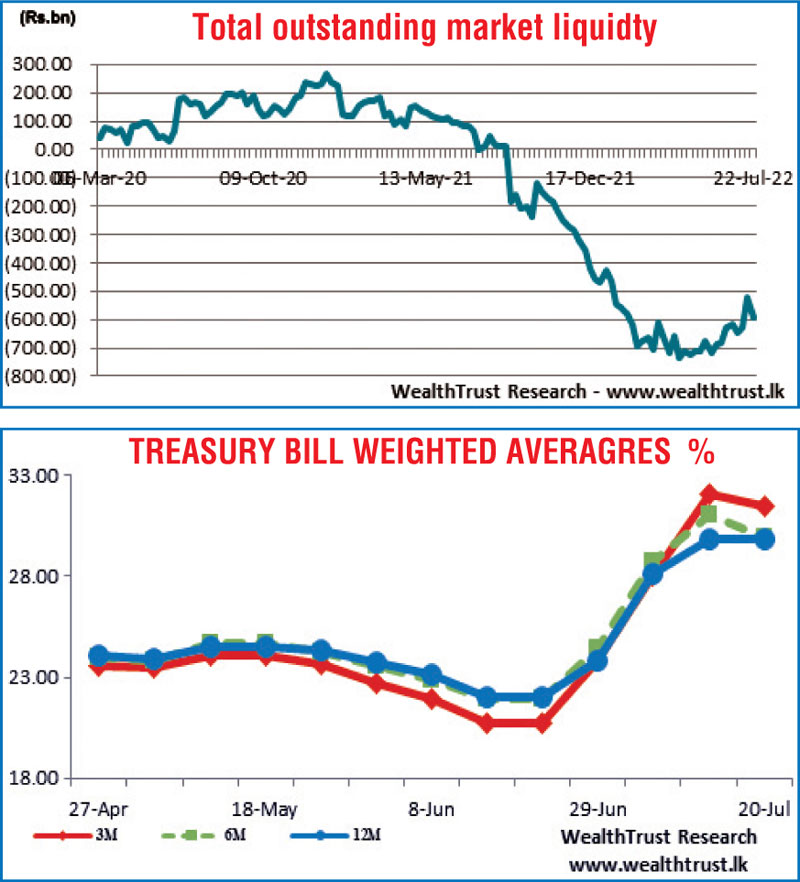 Secondary bond market yields declined significantly during the week ending July 22, 2022, continuing the bearish momentum seen during the latter part of the previous week. Rising demand at the weekly treasury bill auction, which saw weighted average rates fall across the board for the first time in five weeks, coupled with improving investor sentiment, were seen as the reasons that led to the downward momentum.

Foreign holdings of rupee bonds fell by 0.61 billion in the week ending July 20, reversing an increase seen in the previous eight weeks, while the National Consumer Price Index (NCPI ; base 2013 = 100) for the month of June peaked at 58.9% on its point-to-point basis against the previous month’s figure of 45.3%.

In the Forex market, the average USD/LKR spot contract rate closed the week at Rs. 361.30 compared to its previous weeks close of Rs. 361.24.

The average daily USD/LKR trading volume for the first four trading days of the week stood at $80.01 million.